The Road to Tokyo (Finalist) 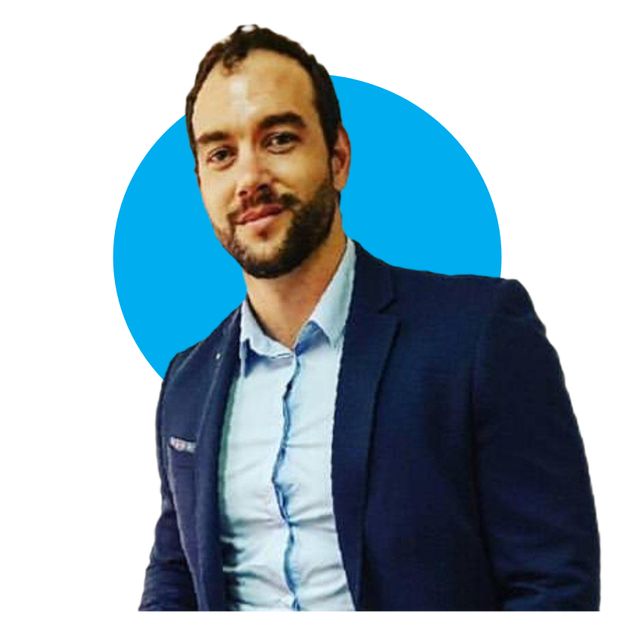 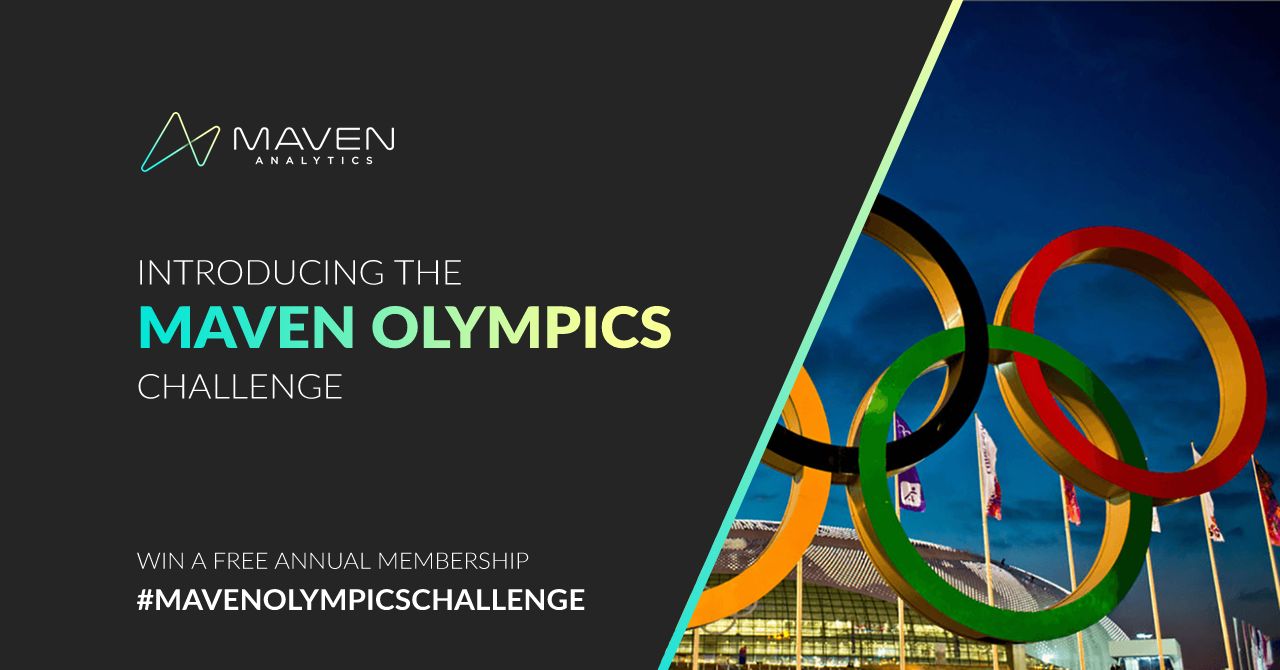 This dataset looks at the history of the prestigious Olympic games, spanning over the past 120 years. The objective was to visualize this in a 1-page dashboard.

Historical data on the modern Olympic Games, from Athens 1896 to Rio 2016. Each row corresponds to an individual athlete competing in an individual event, including the athlete's name, sex, age, height, weight, country, and medal, and the event's name, sport, games, year, and city.

The analysis starts by looking at the trend of the athlete growth of the games and splitting it into the Summer and Winter Olympics.

Which counties have dominated the Olympic games with medals during the past 120 years? A heat map was used to identify the top 5 countries,

The USA has been the most dominant country over the years and has won 5,637 medals which equals 14% of the total medal count.

Zooming in on the Top 10 medal countries from 2016 - Does momentum play a role, and will we see a repeat? The chart also indicates between the seasons. 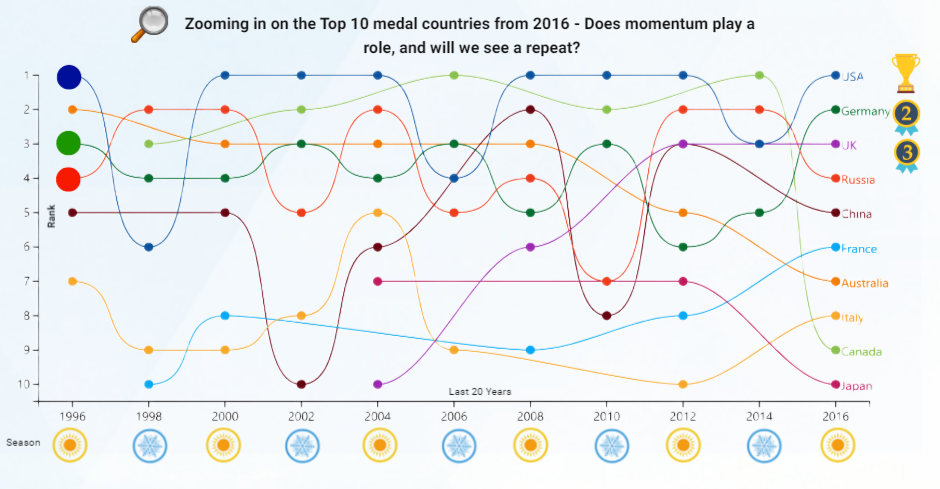 Team USA's Summer Olympic Team has been on a 7th consecutive win streak since 1992.

There is a very high probability that they will win again.

It's a high probability that the Host Nation will do well in the games due to its home-field advantage and financial investment in the athletes.

Michael Phelps has won more Olympic medals (28) than any other Olympian and even won more than 66 countries. 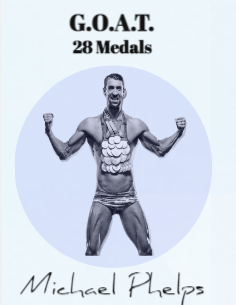 He set 39 world records, the most of all time.

Zooming in even more - What are the Top 5 Medal Sports and Events over the years?

As a previous professional athlete, I wanted to understand the ideal age, height, and weight for a person to be able to win a medal in the Olympics. 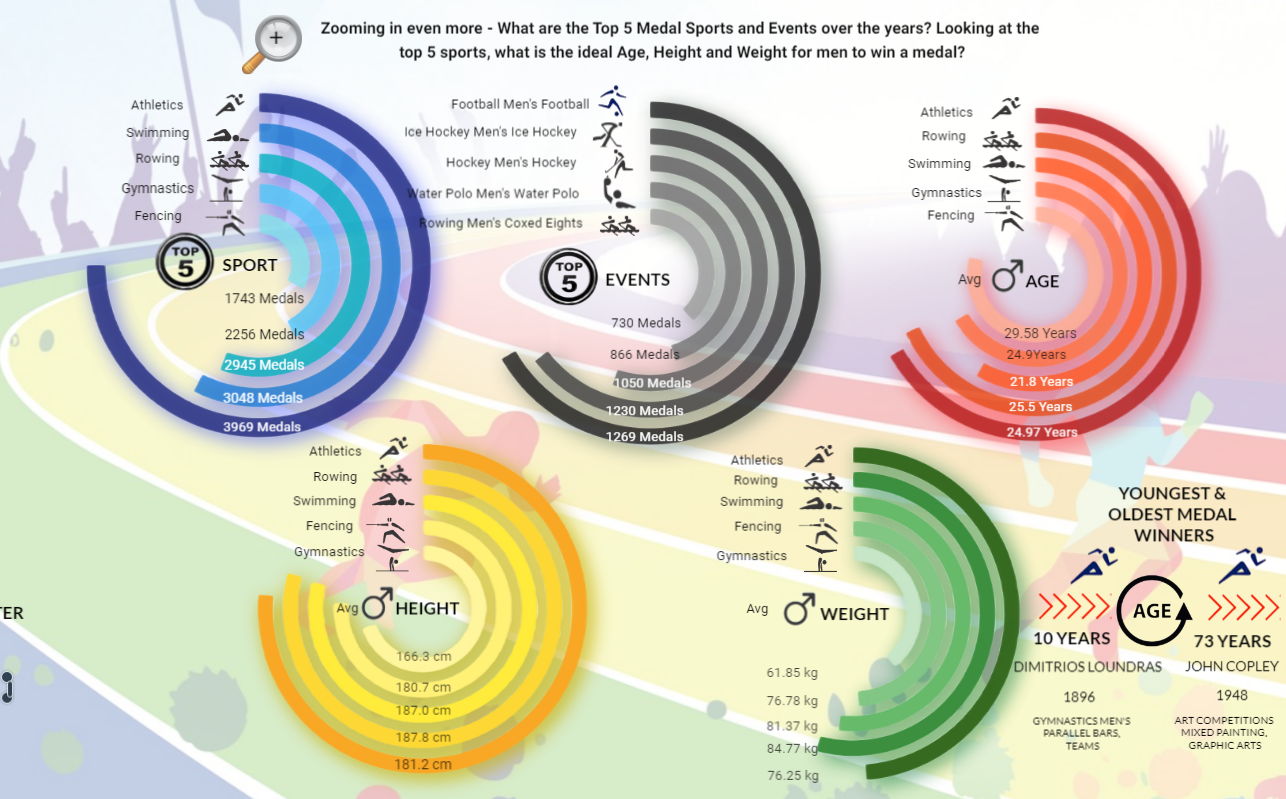 Interestingly, when you look at the Top 5 Sporting categories, woman's medal winners are: 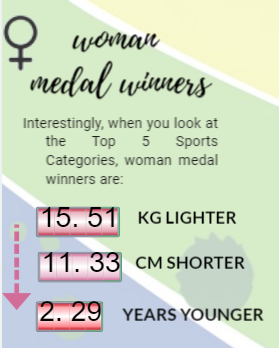